Located 20km south of Mount Barker Narrikup is regarded as the birthplace of agriculture in the shire of Plantagenet with commencement on Thursday 3 December 1829, when Surgeon Thomas Braidwood Wilson, RN camped the night on the banks of a stream some miles westward of the current townsite. The drained swamps have been very productive over time with potatoes as a mainstay up until World War II when dairying became a major focus, combined with pigs. By the late 1960s potatoes came to a halt to be replaced by cattle breeding. 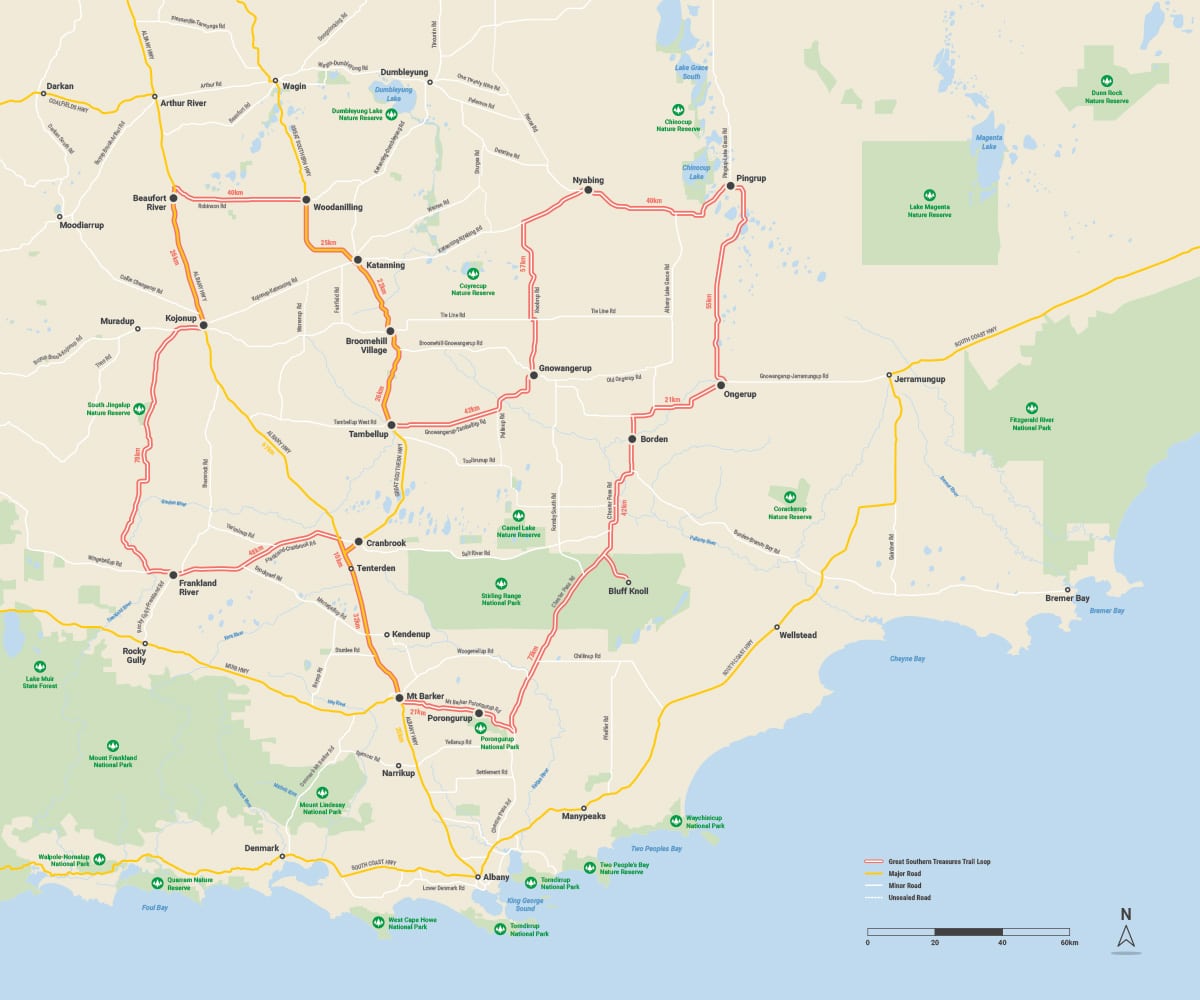 Founded in 1999 by Alex and Janet Taylor, Poacher’s Ridge is nestled amongst the undulating hills of the Great Southern, on the western outskirts of the small townsite of Narrikup. We took our name after being mistaken for sheep rustlers when first inspecting this ancient land. We knew right then that we’d found a place of story and promise. A place where the distinct terroir now imbibes the wine with a certain complexity only found from our small patch of dirt.

Be sure to check out the cricket bat fence at Narrikup Cricket Grounds.